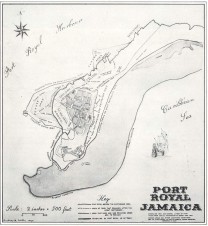 The companies were established in 2016 and 2018 respectively by award winning film executive Jezz Vernon who was previously Managing Director at UK indies Metrodome Distribution and Metrodome International. Jezz joined Metrodome in 2005 after tenures at the NME (New Musical Express) and Revolver Entertainment, is also a film academic at University of Exeter and has been a board member at Film London since 2015. Throughout his career Jezz has released over 500 feature films including Academy Award and Bafta winners; and has won more than 20 awards for marketing, distribution, PR and design alongside his teams. Port Royal regularly collaborates with other production companies as well as releasing films domestically and internationally through its sister company Port Royal Distribution.

At Port Royal we also long for the days when people would actually pay us money to turn up and play records, especially as our kids are often rude about our taste in music. So we’ve dusted off the far corners of our record collections to produce a series of mixes, which you can find at Port Royal’s Record Collection page.